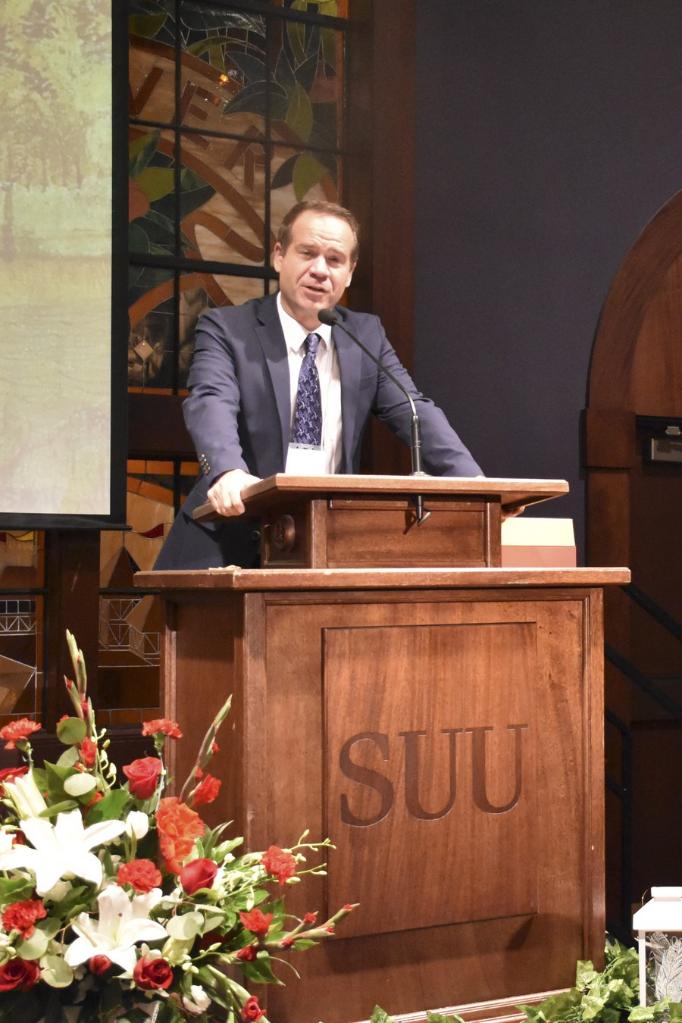 The center offers an opportunity for students and scholars from the two countries to come together and work together to open people's minds and hearts.

CEDAR CITY, United States, Oct. 8 (Xinhua) -- Southern Utah University held a grand ceremony in Cedar City in the U.S. state of Utah on Friday for the establishment of the Helen Foster Snow Cultural Center, which is aimed at creating a platform for sharing Chinese language and culture.

The center is named after Helen Foster Snow, an American journalist who reported from China in the 1930s. She was wife of Edgar Snow, the author of Red Star Over China.

Born in Cedar City, Helen Foster Snow left for China in 1931 and helped document the revolution in China.

The center will provide a place for teaching Chinese language and culture, China-related research, and Utah-China economic development, the university said.

Addressing the ceremony, Minister Jing Quan of the Chinese Embassy in the United States said Snow's story was well known by many Chinese people, and she was regarded as the bridge-builder between China and the United States.

Jing expressed his hope that the center will become a school to learn the Chinese language, a museum to experience Chinese culture, a place to strengthen the China-related research, a link to enhance Utah-China economic development, and a bridge to connect American and Chinese people.

Calling the center a bridge between the two countries, Adam Foster, president of the Helen Foster Snow Foundation, told Xinhua that the center offers an opportunity for students and scholars from the two countries to come together and work together to open people's minds and hearts.

"I hope the people-to-people exchanges will create more understanding and more cultural awareness on the U.S. side for China and the Chinese people, and will do the same thing for China to the United States," he said.

As China is a major country on the global stage, to study China and its language can broaden children's minds and improv