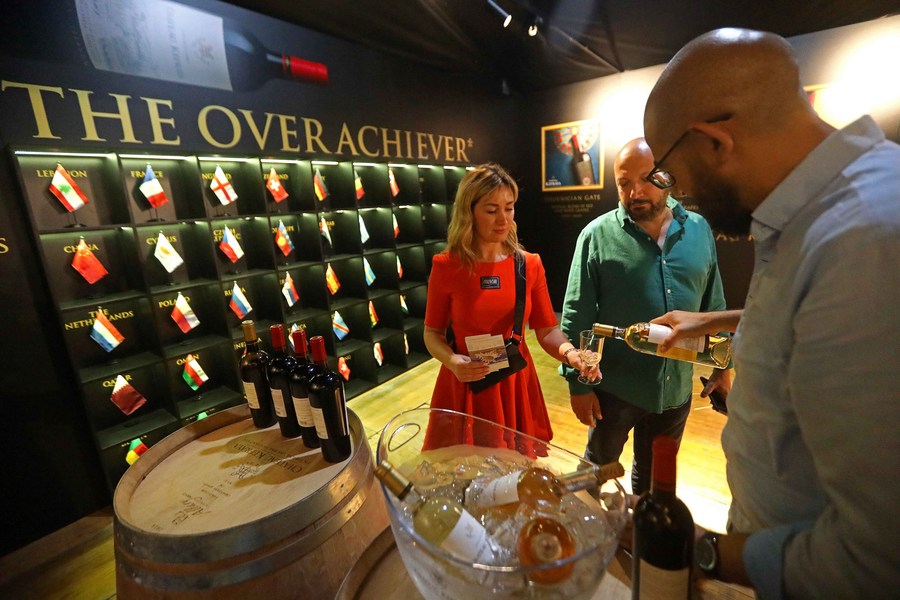 BEIRUT, Oct. 8 (Xinhua) -- In the midst of a protracted economic crisis, Lebanese wineries are eyeing the lucrative Chinese market, calling for a joint effort among peers in boosting their sales in China.

"China is one of the best markets to export our products," Walid Habchi, co-founder and partner at Couvent Rouge winery, told Xinhua during the 13th edition of Vinifest, a four-day wine festival that kicked off in Beirut on October 5 and attended by more than 80 Lebanese wineries and spirits producers as well as hundreds of oenophiles from Lebanon and abroad.

But tapping a new market requires a big bugdet to be used in areas such as market research, brand promotion and finding the right distributors, etc, Habchi said, adding Lebanese wineries should join their efforts and support each other throughout the process. 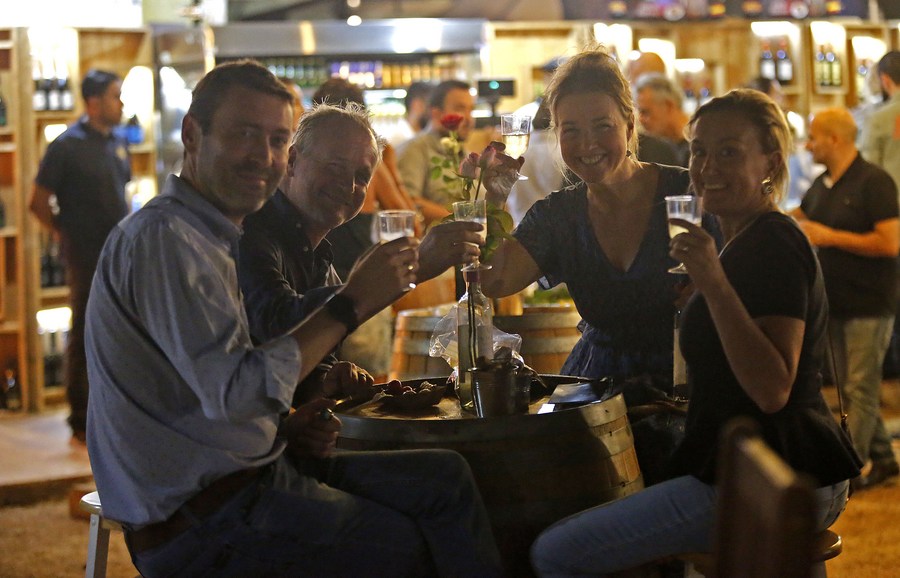 In order to grab a humble share of China's wine market, Lebanese wineries need to work together so that they would be able to sell their products to China in quantities, said Thuraya Karam, owner of Karam wines.

"At Karam wines, we have started targeting the Chinese market by participating in a virtual wine-tasting event, but we need more support to be able to enter the market sustainably," Karam said.

For his part, Gabriel Kechichian, a consultant at Domaine Wardy, said he hoped the international shipping costs could go down soon to facilitate the export of Lebanese wine.

"Shipping costs have increased tremendously after the outbreak of COVID-19 pandemic, and they are still expensive, but I hope they will drop soon, enabling us to resume our communication with Chinese companies to send our products," said Kechichian.

Amid the ongoing economic crisis in Lebanon, owners and representatives of wineries highlight the importance of export in order to make up for the drop in the local demand.

Emile Majdalani, commercial director at Kefraya, said his company exports two-thirds of its wines, which enables it to generate revenue in U.S. dollars, a currency that is badly needed in crisis-hit Lebanon.

"We always wish to export to the markets with the best quality of gastronomy, where people will be curious to have a Lebanese wine on the menu," said Majdalani.

Roy Riachi, owner of Riachi winery and distillery, said his priority in the next phase is to start participating in trade exhibition in China, which is currently not on his company's export list. "It is one of my key targeted markets," he said. 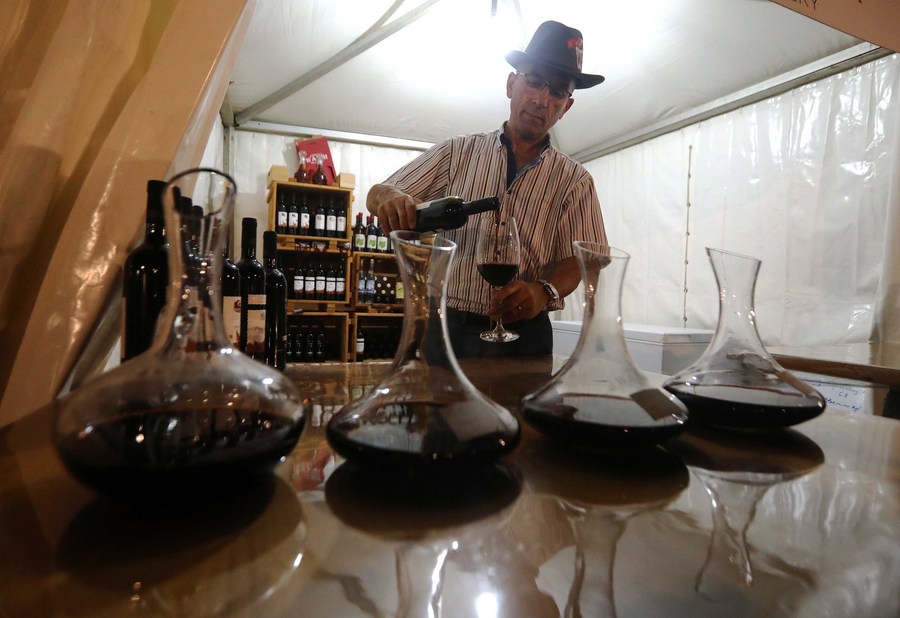 A wine seller is seen in one of the booths of the Lebanese wine festival Vinifest in Beirut, Lebanon, on Oct. 5, 2022. (Xinhua/Bilal Jawich)

Lebanon's financial crisis has had a significant impact on the country's wineries. Sharp depreciation of local currency and the shortage of U.S. dollars have impeded Lebanese wineries' efforts to import raw materials that they need.

Nada Farah, general manager at Eventions, the organizer of Vinifest, told Xinhua she was keen to re-organize the festival to help wine makers showcase and export their products amid the current crisis.

"We aim to show the beautiful side of Lebanon and prove that we can revive the country with these lively events," she said.

Over 80,000 vehicles travel on Chinese-invested 1st expressway in Cambodia in 1st week of trial operation

More than 80,000 vehicles had traveled on Cambodia's first-ever expressway in the first week of its trial operation, acc