On the slopes of Mt. Mozura between Montenegro's southern municipalities of Bar and Ulcinj, the Mozura Wind Park with 23 smart turbines was inaugurated Monday, generating electricity into the country's power grid.

As a joint China-Malta-Montenegro project within the framework of the Belt and Road Initiative (BRI), the park was constructed by a consortium of China's Shanghai Electric Power Company (SEP), a subsidiary of the State Power Investment Corporation (SPIC), and Malta's state energy provider Enemalta.

Chinese technology and equipment helped Montenegro convert wind power into electricity, facilitating the development of the southernmost tip of Montenegro's Adriatic coast, as well as the whole country.

For thousands of tourists to the Balkan country this summer, the turbines have become an attraction. Beneath the surface of the tourism hotspot lies the development vigor of the region.

Chairman of the China's Shanghai Electric Power Company (SEP) Wang Yundan gives a speech at the inauguration ceremony of the Mozura Wind Park in southern Montenegro on Nov. 18, 2019. (Xinhua/Shi Zhongyu)

Boasting charming sea landscapes, Bar and Ulcinj, however, cannot be positioned as Montenegro's prime destinations when it comes to tourist turnover.

The country's overwhelming dependence on hydropower -- with its energy production seriously affected by climate conditions -- has restricted its tourism development.

Pressure to address power shortages and the need to follow the global trend of producing clean energy have led to the construction of Montenegro's second wind park.

A stable power system is vital for the development of Montenegro's tourism, which makes up 23 percent of the country's GDP, the Chamber of Commerce of Montenegro told Xinhua in a written interview.

"For the new image of the country's tourist destinations, with Lustica Bay, Portonovi resorts and residences, and many other newly constructed buildings, it is inconceivable for them to achieve the highest quality without having a secure supply of electricity," the chamber said.

With the building of the Mozura Wind Park, the share of wind-generated energy is expected to rise to 9 percent in Montenegro in line with the country's aspiration to perform within the European Union's renewable energy targets.

The wind park will generate around 110 GWh annually, and its share in overall production will reach 3-5 percent, according to data released at the inauguration event.

At the inauguration ceremony of the wind park, Montenegro's Minister of Economy Dragica Sekulic said that with the new powerplant, Montenegro will increase the annual amount of green electricity.

The project transfers technology to Montenegro, said Sekulic, adding that further development based on clean energy is the most feasible solution to challenges for the modern energy sector.

Montenegro has managed to meet the national demand for electricity for the second year in a row through domestic production and with no additional greenhouse gas emissions, the minister said, adding that the Mozura Wind Park brings new optimism in this direction.

Dragica Sekulic, Montenegro's Minister of Economy, gives a speech at the inauguration ceremony of the Mozura Wind Park in southern Montenegro on Nov. 18, 2019. (Xinhua/Shi Zhongyu)

In 2017, the Chinese-Maltese business venture concluded a deal to invest in a power plant in Montenegro. One year later, all turbines were installed in place by SEP, with Enemalta ensuring that everything is done in accordance with the EU laws and standards.

After a detailed testing this year, the Mozura Wind Park was put into operation. Maltese Prime Minister Joseph Muscat and his Montenegrin counterpart Dusko Markovic, as well as representatives of SEP, Enemalta and others were present at the inauguration ceremony.

Enemalta's chairperson Kevin Chircop said the project showcases that common goals can be turned into reality despite the difference of languages, cultures and traditions.

Chircop recalled that Enemalta was in "dire straits" five years ago, before it entered into a partnership with the SEP. Now it can engage in an international project for the first time in its history.

"This project is a confirmation that this government (of Montenegro) succeeded in creating a business climate that turned Montenegro into a leading business and investment destination in Southeast Europe," Chircop said.

Joe Mizzi, Malta's Minister for Energy and Water Management, said that the government has realized the key to the country's economic development lies in its energy sector, and decided to transform Enemalta, thanks to the impetus given by its partner SEP which provided expertise, equipment and financial support.

A worker of the China's Shanghai Electric Power Company (SEP) checks the lines inside a wind mill of the Mozura Wind Park in southern Montenegro on Nov. 18, 2019. (Xinhua/Shi Zhongyu)

He said that the cooperation with China, one of the world's biggest economies, and Malta, one of the EU's smallest members, started from win-win benefits.

The companies have overcome challenges, which shows the potential and advantage of multilateral cooperation, Mizzi said, adding that "this project is a stepping stone in continental Europe for Enemalta."

The joint project will make both peoples' lives in Montenegro and Malta better, and this cooperation model should also be applied to other sectors, he suggested.

China-Malta ties, forged within the framework of the BRI, have not only resulted in a successful joint business venture, but also enabled SEP to present leading Chinese technology to the European market, Enemalta to expand its international portfolio and powered Montenegro's plans with the world's trendiest energy source. 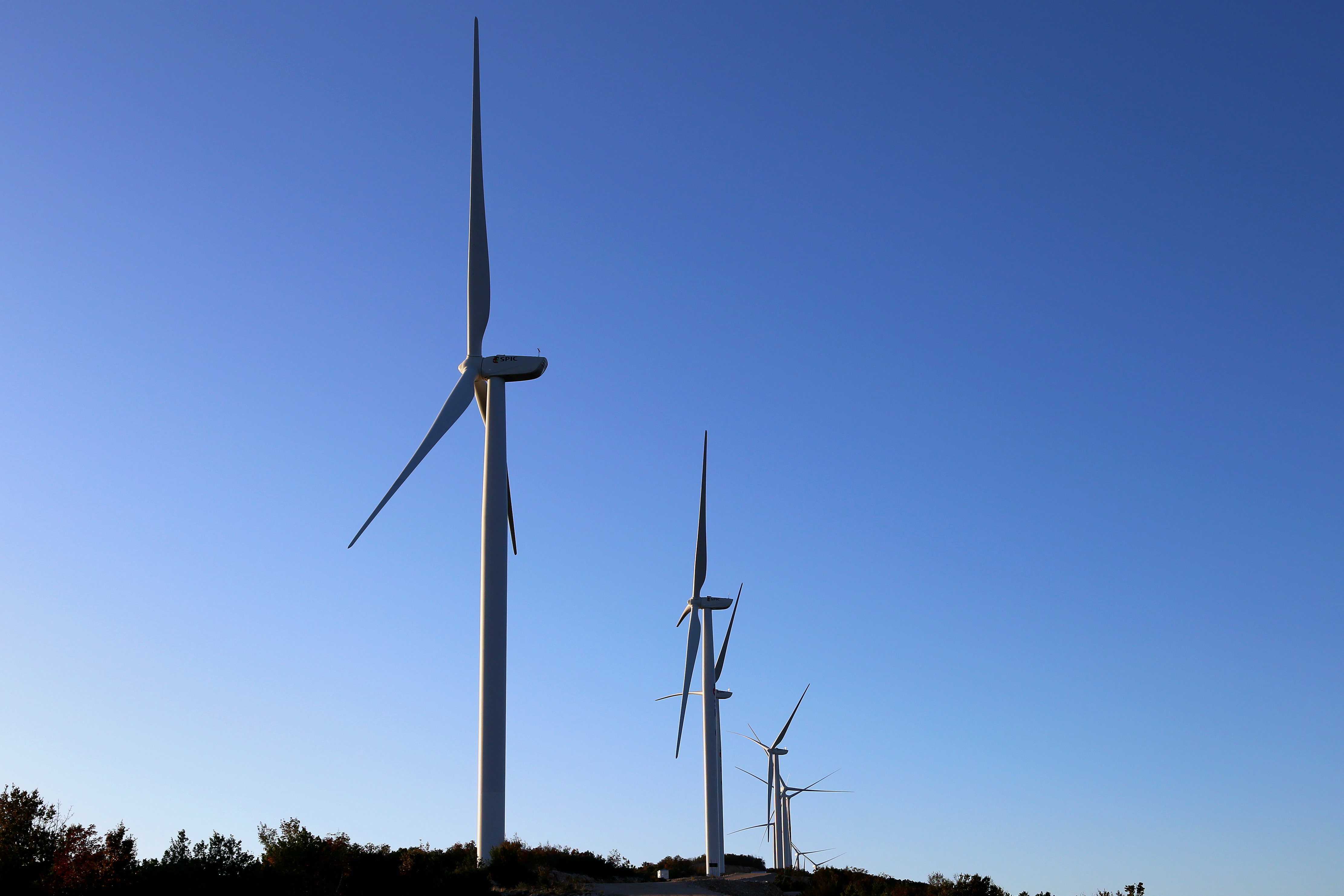 Chairman of SEP Wang Yundan said that the project is compatible with Montenegro's drive to increase its installed capacity of renewable energy.

He specified that the Mozura Wind Park will provide 112 Gigawatt-hours of clean electricity annually for the people of Montenegro, while reducing greenhouse gas emissions by 95,000 tons.

Wang stressed that at the eighth summit of heads of government of China and Central and Eastern European Countries (CEEC) this April, the Mozura Wind Park project was singled out as a new achievement of the 17+1 cooperation in energy.

He said that the BRI brought Chinese companies to the spotlight of the global market.

"We need to create value for the local market, before we can realize our own value," he said in an interview for Xinhua. 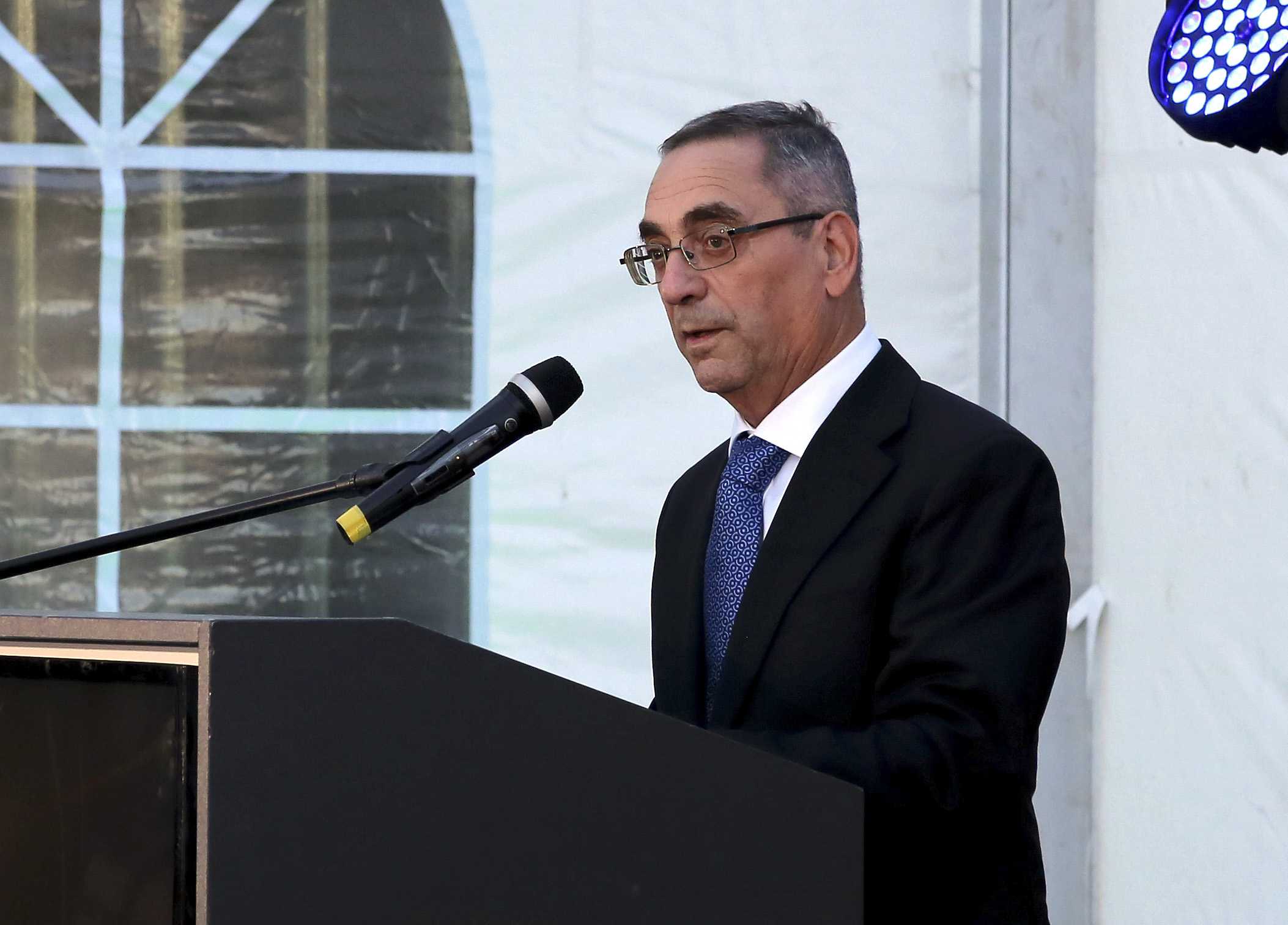 Joe Mizzi, Malta's Minister for Energy and Water Management, gives a speech at the inauguration ceremony of the Mozura Wind Park in southern Montenegro on Nov. 18, 2019. (Xinhua/Shi Zhongyu)

"The Mozura Wind Park project ... let's us bring our experience and advanced technology to the European energy infrastructure construction market, laying a foundation for deeper access to the European Union energy sector," he said.

Wang said that SEP is currently focusing on clean energy projects in Southeast Europe, and is committed to wind power, natural gas power generation, and other infrastructure projects.

"We will implement the Belt and Road Initiative, by enhancing cooperation in energy and related industries, and contribute to the global response to climate change," he said.

According to Wang, SEP will draw on its clean energy cooperation experience from Mozura Wind Park, and hopes that the three governments will continue to create opportunities for them to draw on the experience of SPIC.

Photo taken on Nov. 18, 2019 shows the interior of a wind mill of the Mozura Wind Park in southern Montenegro. (Xinhua/Shi Zhongyu)

"We will further explore potentials for our enhanced clean energy cooperation in the Mediterranean region and countries within the 17+1 cooperation platform, providing more energy for relevant countries, and making a positive contribution to the global effort of combating climate change," he said.